Just A Few Of Our Favorite Things – Valentine’s Day Special

Happy Valentine’s Day, everyone! It’s the season of love and we wanted to share with you just a few of our favorite things.

ITC has long been established as a leading manufacturer of wire mesh products for the material handling and storage product industries. If it wasn’t for the quality and wide range of wire products ITC manufacturers, the loyal support from all material handling customers, partners and friends, the company wouldn’t be where they are today.

ITC Manufacturing is a huge supporter of the men and women who currently serve and have served in this great country and is fortunate enough to employ over ten veterans who have served in different branches of the U.S. military. ITC has received much recognition from the local and national community for its veteran support in the workplace.

The pledge says it all. Land of the free. Home of the brave.

ITC feels more like a family environment rather than a work environment. The relationships built between the Phoenix and Columbus plants and all of ITC’s customers will last a lifetime. We are proud of all our employees and the hard work they put in every day to make ITC successful.

To all of our employees, friends, colleagues, partners and customers…we appreciate YOU! Spread some love.

ITC Manufacturing will be attending FENCETECH this week in Phoenix, Arizona.

FENCETECH is the annual gathering of thousands from the fence, ornamental and miscellaneous metals industries. FENCETECH and METALfab’s second co-location takes place in Phoenix February 6-9, 2018.  This year’s event will include leaders and innovators who are getting together for the purpose of building future success at all levels: industry, company and personal.

Connect with us at the show to learn more about our premier Architectural Fencing System (AFS)!

ITC Manufacturing has expanded its expertise to include the fabrication and sale of external fencing (welded wire mesh) to a diverse customer base. As an aesthetically superior alternative to chain link fencing, AFS is relatively maintenance free, versatile, weather resistant, secure and less obtrusive than traditional options. AFS is ideal for any area that needs to be fenced off to bring an extra level of security and safety. 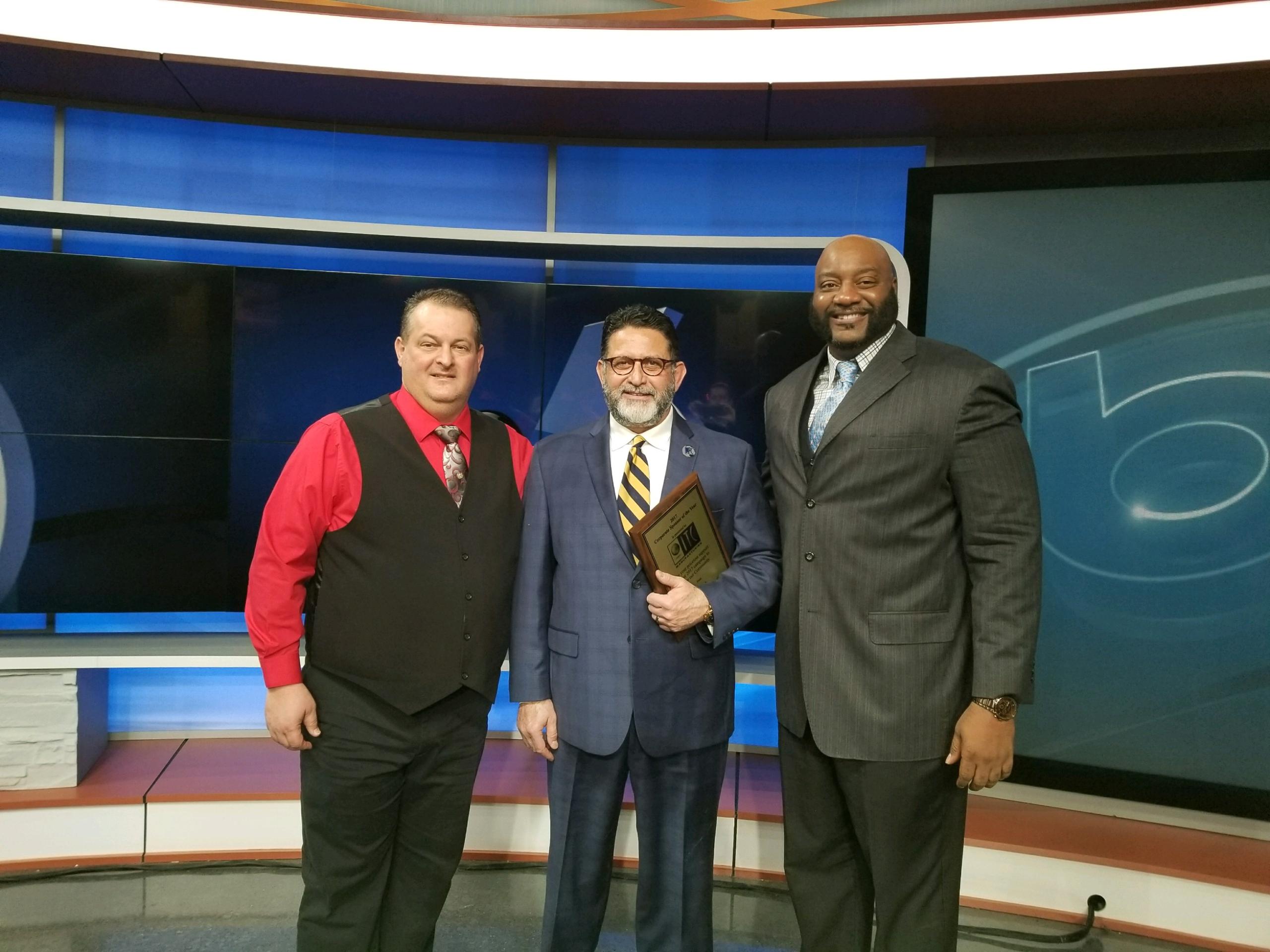 Last week, Faruk Gole, President of ITC Manufacturing, was our honored with the ‘Corporate Sponsor of the Year’ award from a local organization, Buckeyes Beyond the Field. Faruk and ITC were recognized for their compassionate support of the central Ohio community.

END_OF_DOCUMENT_TOKEN_TO_BE_REPLACED

The US Department of Commerce (DOC) issued a press release that it had sent its report on the Section 232 investigation of steel imports to the President. Read the full statement on #AWPA here: https://www.awpa.org/2018/01/12/section-232-investigation-on-steel-imports-doc-report-sent-to-president/. 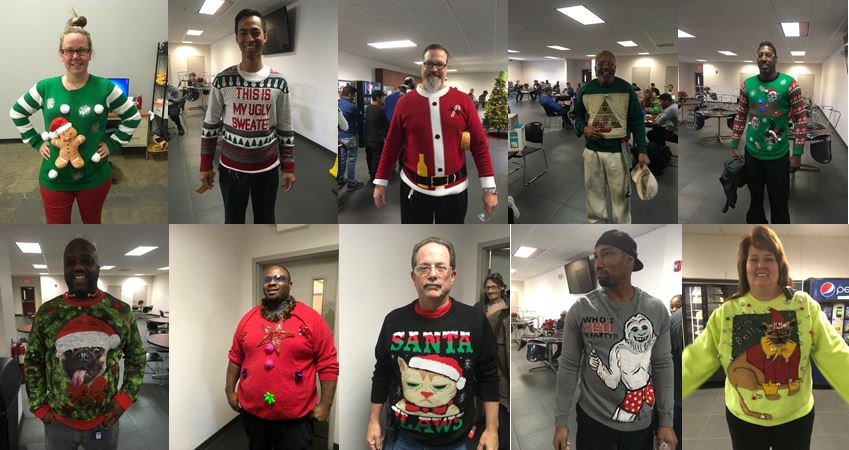 The holidays are here! And what better way to kick-off the weekend than with a catered lunch to celebrate! In both our Columbus and Phoenix plants, employees came out, some even in ugly sweaters, to enjoy a hot buffet catered by their favorite local spots, an ugly sweater contest and a raffle drawing where they could win an array of prizes. Everyone loved the food, attire, company and holiday spirit that was shared throughout the event.

We hope everyone has a wonderful Christmas and Happy Holidays!

Check out images from the event in both Phoenix and Columbus, below.

END_OF_DOCUMENT_TOKEN_TO_BE_REPLACED 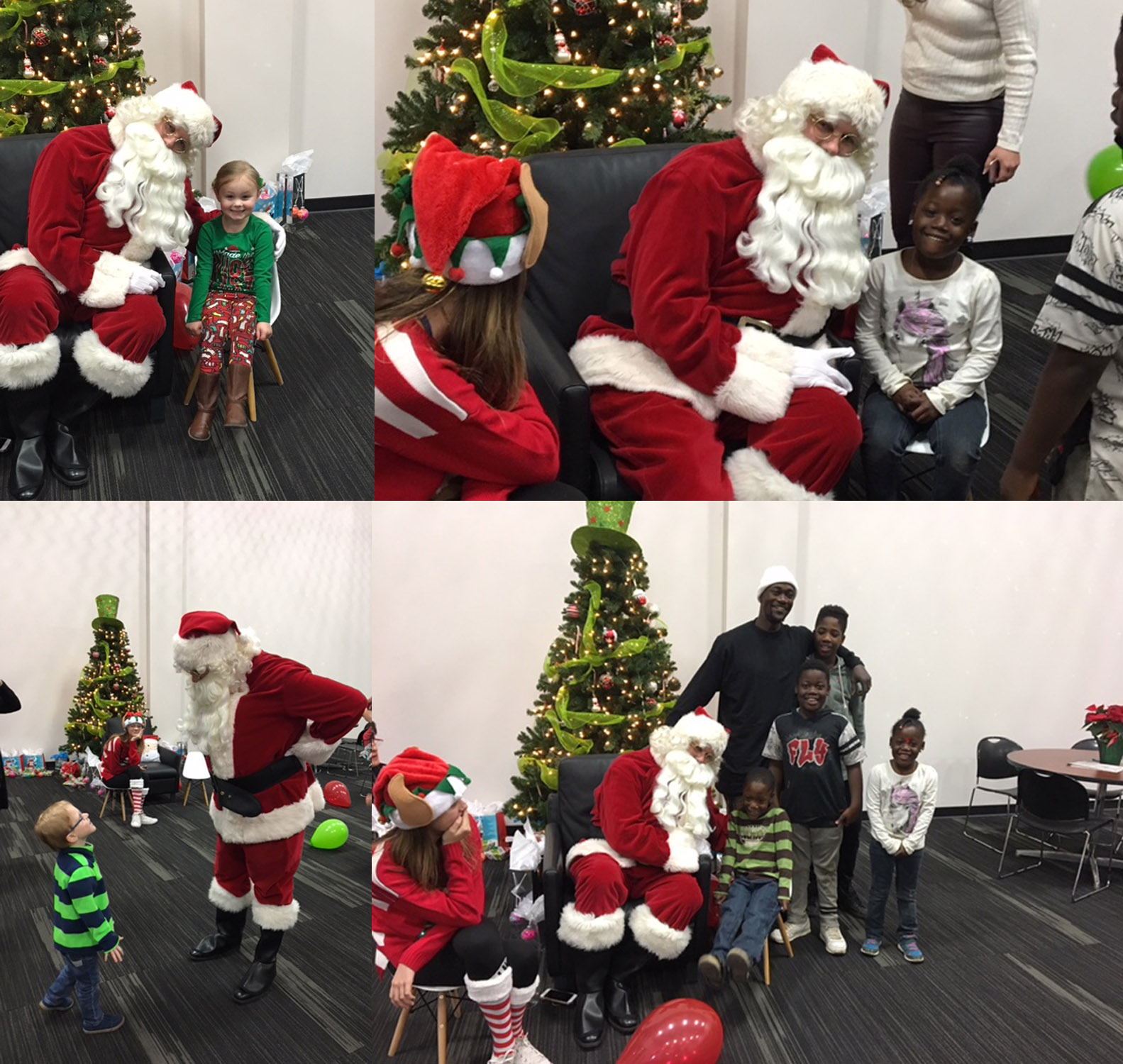 Christmas came early for ITC families this last Saturday! Santa Claus and his little elf helper took time out of their busy schedule to stop by the Columbus plant and deliver a special gift to all the children. The gifts delivered were personally selected for each child based on their age and gender.

To bring in the spirit of the season, families enjoyed the day with holiday music and food for the whole family. Kids had balloons to play with and crayons and coloring books to keep them entertained.

Overall, it was a great day to celebrate the holiday season and bring ITC families together!

“The kids loved Santa Claus and had big precious smiles on their faces,” said Brett Caron, HR Business Partner at ITC. “To see how happy everyone was really made my day.”

END_OF_DOCUMENT_TOKEN_TO_BE_REPLACED

#ManufacturingMonday – Leading in the News

There is a lot going on in the manufacturing world today. Thanks to the Manufacturing Economy Daily, below are just a few of the latest articles. Full online article here: http://mailview.bulletinmedia.com/mailview.aspx?m=2017120801nam&r=1841312-3070.

END_OF_DOCUMENT_TOKEN_TO_BE_REPLACED

As part of ITC’s initiative to recognize and honor Veterans, we are proud to highlight Joe Grafe, our ITC Hero who is currently serving!

We are so proud of all our ITC heroes who have served and currently serving! Thank you for your service to this great country and dedication to ITC!

“We owe all of our Veterans thanks and appreciation for serving our country and protecting our freedoms. Our veterans will always have a special place in our hearts,” said CEO and President, Faruk Gole. 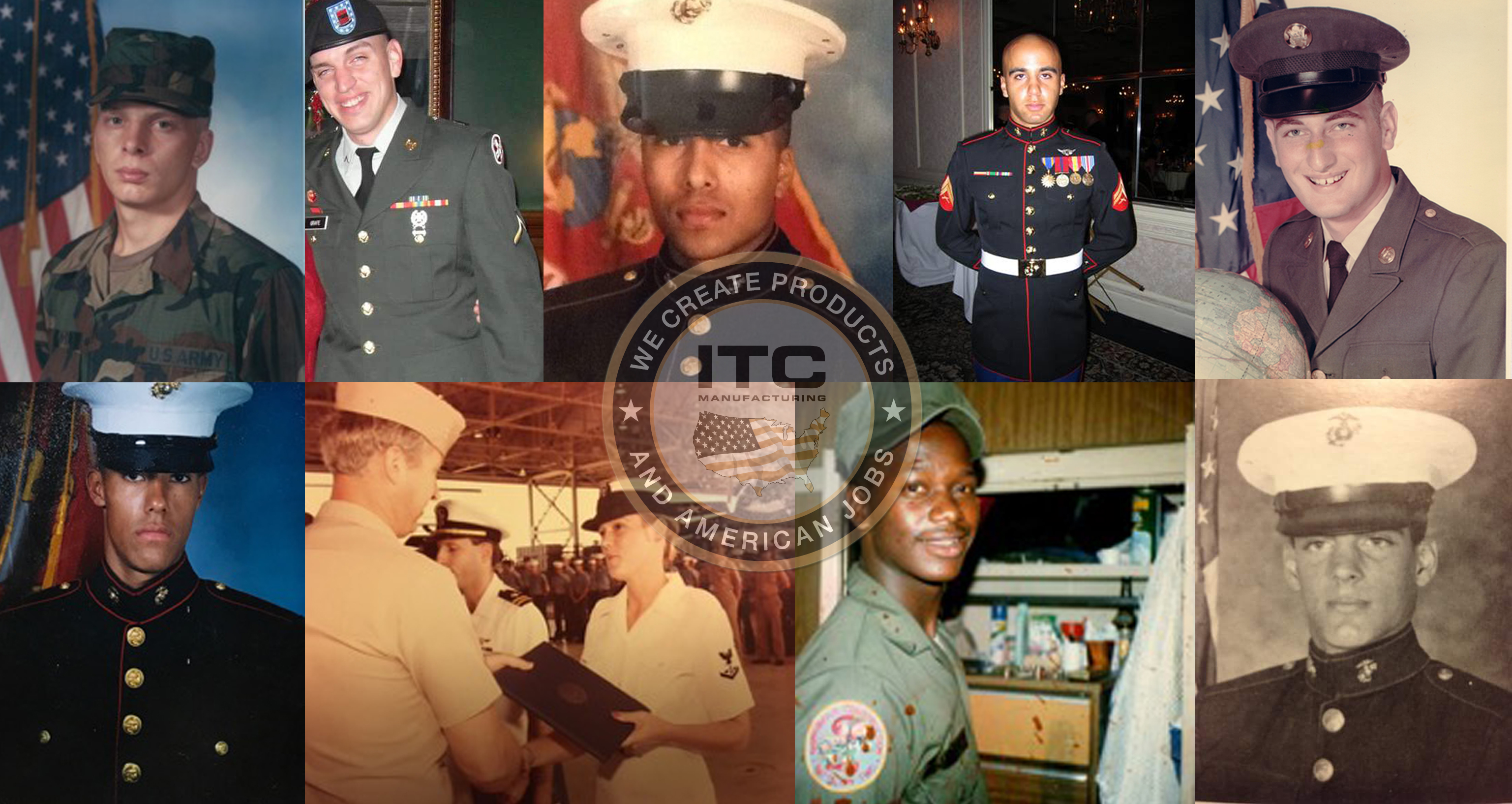 Phoenix, Arizona – (Nov. 22, 2017) – International Technical Coatings (ITC Manufacturing), the premier manufacturer of wire mesh products for material handling and fencing today expresses its wealth of gratitude to its heroes who have served and currently serve in the United States Military. Throughout the month of November, ITC Manufacturing employees have been recognized for their accomplishments, experiences and time served in the different branches of the United States Military including the Army, Marines and Navy.

“We are honored and proud to be part of such a great country and want nothing more than to give thanks to all of the men and women who serve to protect our freedoms every day, especially our ITC Heroes,” said CEO Faruk Gole. “With the spirit of Thanksgiving in the air, we are not only grateful for our Veterans but for all of our employees. Their commitment, hard work and dedication to ITC define our company culture and we are truly grateful for them.”

“One of the things I like most about ITC is the company recognizes employees who go above and beyond expectations with different types of incentives,” said Coleman. “ITC feels more like a family environment rather than a work environment.”

In Phoenix, both Michael Hernandez, Production Control Specialist and James Walker, Tooling Engineer were recognized for their service in the U.S. Marines. Hernandez worked as Intel and served five combat operations as a Sergeant. Walker worked as a 0311 Infantry Rifleman and served on a combat deployment in Iraq and a tour around Southeast Asia. As a Maintenance Lead, Tony Winkler served a six-year tour where he was stationed at several different bases in the United States and abroad. In addition, Ray Ray Limbrick was recognized for his service from 2001 through 2006.

“I quite literally owe the life I enjoy today to ITC as I came to Phoenix from California with absolutely nothing,” said Winkler. “Everything I have today started with Johnnie’s handshake and Beth’s ‘welcome aboard.’ I am eternally grateful for both.”

George Williams, Inventory/Shipping Coordinator at ITC’s Columbus plant served four years, including one tour in the Mediterranean as an Equipment Operator (E-O). Terri Wiggins, Shipping Manager in Phoenix served one tour of duty. In addition, Eric Smith was recognized for his service from 2007 through 2011.

“ITC has helped me expand in many areas throughout the company. I love its diversity and sense of family,” said Wiggins.

Other ITC heroes recognized during the month of November were Ron Petty and Joe Grafe for their service in the Army National Guard.

Recently, ITC Manufacturing distributed more than 200 frozen turkeys for the Thanksgiving holiday to all its employees in both Phoenix and Columbus as a way to say thank you. This event happens annually and is one of ITC’s favorite traditions.

ITC Manufacturing has been committed to hiring veterans and reservist members for a number of years and is part of the Employer Support of the Guard and Reserve (ESGR).

Connect with ITC Manufacturing on Twitter @Itcmanuf, on Facebook, and on LinkedIn. For more information on ITC’s Heroes, visit ITC’s blog here: https://itcmfg.com/blog

ITC RECOGNIZES MOTHERS OF HEROES IN THE U.S. MILITARY

As part of ITC’s initiative to recognize and honor Veterans, we are proud to highlight ITC Moms of Heroes.

END_OF_DOCUMENT_TOKEN_TO_BE_REPLACED 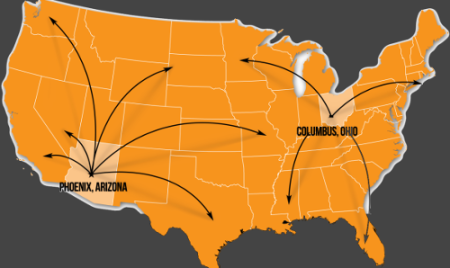 Thank you for your interest in ITC Manufacturing. Please contact us using the information below. To get the latest updates from ITC, subscribe to our newsletter or connect with us on social media.